The main symptom is “In the morning, the engine has stopped within 10 minutes of warming, which means that if you stop at a signal wait, the engine may stop.”

As a first means of troubleshooting, first check the situation.

When the engine is put on the first thing in the morning and it is confirmed whether the engine stops, the first idle is about 1800 rpm, the rotation drops as the engine warms up, and the idling is stable even after warming, so it is judged that it is normal did. Diagnosis model It was judged normal.

Although checking all the data with the diagnostic machine was normal, it was once normal, but the number of steps of the ISC step motor is 73 steps at the time of warm idle, and since the number of steps is large, the bypass passage of the throttle body is expanded I adjusted it by 10 steps.

Since the ISC step motor raises the engine rotation (idling rotation) for each condition such as the idling up of the air conditioner, I decided to lower the number of steps in the no-load state as much as possible in order to appropriately adjust the idling rotation. However, when the number of steps is 0, the engine computer itself can not grasp the current state, so it was adjusted to about 10 steps. Also, just to be sure, the throttle chamber was cleaned and delivered.

About two weeks after delivery, I went to the store with “I want you to see it because it has not been repaired yet”, but I did not stall for about a week but after a week I received a “We stopped twice this week” I reloaded it.

It was re-entrance again, I tried running test with a diagnostic machine, checked the earth system which does not enter Diagonosis, but the engine stall did not happen.

I think that it is related to the ISC stepper motor and the ECU also because it is defective at the time of idling rotation, explaining to that effect to the user as well as notifying the user that the symptoms have not been confirmed at the moment I delivered it.

It is very difficult to repair in a state where symptoms can not be confirmed. Since there is no choice, I thought that I wanted to check the symptoms if I could, I left the engine unattended.

In the meantime, I decided to do other work and sometimes saw the state of the engine, but what if I saw it for a while? Destroy the next car and stall it …?

Stall the engine when you blow the next car …?

The next car has a lot of noise because it is changing the muffler. If you try with other cars try it will not be stalled. It seems that it will be stalled when you blow a car with a large exhaust sound next to it.

If you informed the user of this, it was “to be sure there is a car of a noisy muffler nearby”. 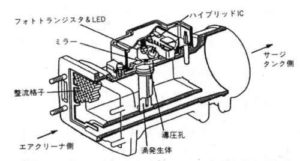 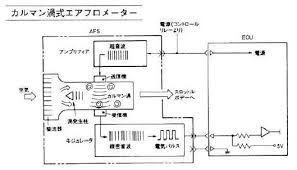 When there was a noisy car of sound nearby, I did not know well why it would be stalled, but if I think about it well, the air flow meter of this car is picking up the vortex of the intake air with ultrasonic waves, I think that large vibrations of air may be stalled without being able to spread by ultrasonic waves and I think that the sensor of the airflow meter may be deviated due to the large vibration. I exchanged used airflow meter. Then the symptoms disappeared completely