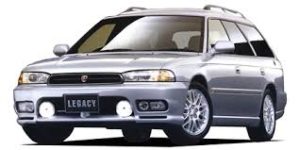 Do not shift down

The user’s complaint says that acceleration from 40 km / h is bad. I thought if the engine is bad, I tried running it, but it turned out not to accelerate because I did not downshift even if I stepped on the accelerator pedal. Judging that shifting the select lever to 2 or 1 range will forcefully accelerate the engine, there is nothing wrong with the engine.

I noticed some unusual things within the repetition of starting acceleration in trial operation. That means the guideline of the speedometer is higher than the actual speed. The speedometer of this vehicle is a cable less type, which receives a signal from a vehicle speed sensor provided in the transmission and moves the pointer of the meter, and the meter section also distributes signals to other computers We are. (From the figure below)

If you raise the speed and run it, the display of the speedometer will also be stable and at the same time the shift of the AT will also be smooth, so it is clearly considered that there is a problem with the signal of the vehicle speed sensor

When an oscilloscope was connected to the vehicle speed sensor and the signal was observed, the waveform as shown below was observed.

The pickup type vehicle speed sensor normally should draw a sinusoidal waveform, but this is not a normal waveform as I expected. When observing the waveform well, the shape of the whole waveform shows an AC waveform, but it contains considerable noise. If it is assumed that a waveform like the waveform formed in this noise is counted as one pulse, the ECU judges that the waveform is correspondingly increased and should detect it higher than the actual speed.

As the vehicle speed further increases from this state, the noise gradually decreases and the sensor starts operating normally because the whole voltage rises.

When the vehicle speed sensor was replaced, it became a clean waveform as shown below, and the speed change of the speedometer and the transmission was also done normally.

After completion of repair, when disassembling the sensor, play in the direction of rotation could be confirmed between the driven key and the rotating magnet (bottom photo) 5 due to slight play of the magnet in the sensor It is inferred that noise occurred because the rotation became irregular.