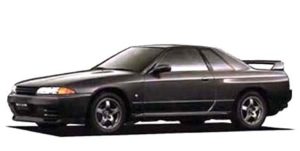 I’ve been receiving goods on things like car inspection and engine malfunction. First of all, trial operation is carried out to investigate the cause of idling rotation malfunction of engine malfunction. While running while suspecting the airflow meter, the steering is strangely taken to the left. It seems to be due to deformation of the tire. Speaking of the skyline, the aluminum wheels are often fitted with thicker tires than the standard, but fortunately the tire grooves are still left. I kept running while thinking about entering this as one of the contact matter to the user. I thought now that I do not think that this is the key to solving the difficult problem of this repair.

Because it seems that symptoms do not appear in trial operation, it seems that it will take time, so get estimates from the car inspection service first and get the consent of the work to the user. At that time, when asking a detailed story about engine idling malfunction, although there is no stall due to idling malfunction, symptoms may occur even if it does not run. The airflow meter was replaced one year ago, but the symptoms were not getting better.

When I got it in this previous symptom, I commissioned a considerable distance to give symptoms, but after all I had no symptoms, so it seems that it was supposed to change the air flow meter and see how it was going. The expectation that the airflow meter is suspicious at this point greatly departed and I was prepared to be a long-term battle with this skyline.

Become stuck in pursuit of cause

When you are stuck in the cause pursuit, there are things that you can tell by actually trying out the symptoms. Even if I tried trial operation unexpectedly, I only use fuel, so I tried to repeat refining points carefully and tried it. Still no symptoms appear. When impatience began to appear, the position of the car was slightly misplaced when trying to put the car on the lift, so when I turned the steering wheel to fix it, the idle rotation rose. Did you think that idling rotation would be disturbed if you rotate the steering wheel left or right? “This is it!!”——.

Idling rotation is disturbed when power steering needs a lot of power.

The identity of a surprising breakdown

The air pressure of the tire is 2.0 kg / cm 2, and the signal of the power steering is normally input to the ECU and there is no problem. In addition to this, when I looked at the factors that caused the problem, when I first inspected, I remembered that the front wheel was deformed. Is it due to this that the power steering signal is erroneously input? For what reason, when filling the tire pressure to about 2.6 kg / cm 2, the idle rotation is no longer disturbed.

Human being an interesting thing, the deformation of the tire that I noticed at the beginning was getting unexpected in the riding a number of times. Users of this car must not feel anything. Indeed, it can not even predict that tire deformation will lead to engine malfunction.

After checking in detail, all the tires were deformed, so I exchanged them all. At this time, the air pressure specified by the manufacturer was 2.3 kg / cm 2. The air pressure of the front wheel and the rear wheel may be different depending on the car depending on the premise that the designated air pressure is always protected. There is also a slight error in the air gauge that fills the air. As a result of filling in erroneous air pressure caused by this, air pressure deviates and the sensor reacts and the warning light on the instrument panel lights up Sometimes. Even tire pressure is required severe maintenance control.

When four tires of Skyline class were replaced, it became a considerably large amount, but it finished work safely and was delivered as a car.