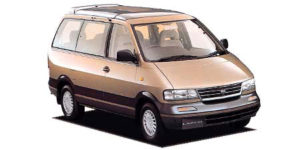 I stalled while driving, and then I could not restart. At the maintenance factory, after removing the oil feeler cap and cranking, the camshaft did not rotate, so it was judged that the timing belt was exhausted.

The mileage when the engine ceased is 93,000 km, the mileage at the time of the last car inspection was 88,000 km. Infering from this distance and how to use by the user, we can not reach 100,000 km by the next vehicle inspection. Naturally I have not had a timing belt change history before.

Even if it is pointed out that “excessive maintenance” is advised by too much advice, it is sick, so once for the user, I got an understanding that the timing belt replacement should be done at the next vehicle inspection time or 100,000 km But this time it has run out.

The extent of repair when the timing belt runs out

In such a case, when asking the dealer in the near future what kind of coping is to be done at Nissan, “An engine is replaced when the timing belt of the engine is broken.” The reason is that “The cylinder head has to be replaced from the valve to the camshaft, and if you do it it will bend even to the crankshaft.”

Is the crankshaft bent due to the valve crash due to timing belts being broken? I do not have experience when I say so again. So, when repairing, it becomes an engine change as the dealer does. Even so, we can not use used engines whose state is unknown.


About having customers convince customers to replace the timing belts

Given the risk, I thought that the rebuilding engine would be a reasonable place, I was hit by a moment, but if you replace with engine oil at 0 kilometers or at 0 months, the guideline for distance and duration change Although it is displayed, the timing belt is 100 thousand kilometers and even if exchange and distance are written, the period and the age are not shown “.

Is the timing belt really a consumable item? What?

For example, even if the timing belt like Mitsubishi Delica · 4D 56 runs out, the rocker arm will break and you can repair it by replacing the timing belt and broken rocker arm. If it is said that even if it expires before running 100,000 km, it can be convinced somehow even if the number of years is not displayed, it is easy to explain to the user, but before reaching the “prescribed distance” specified by the manufacturer as this time Although the timing belt is burned out, but suddenly “Engine disassembly repairing” or “If it is an engine replacement” is told like naturally, it is somewhat irresponsible and the user will not be convinced Could it be? What?

“Such a thing may be told you that you did not take safety measures at the last car inspection”, but our maintenance factory had previously exchanged it before the reachable distance (about 20,000 km) .

However, there are things joked when he hears “threatening” to inform the user from the mechanic that “The engine will be broken if it is not replaced earlier than the prescribed distance” I’ve decided to lead to excessive maintenance “, since then, when I have not reached the” prescribed distance “of the manufacturer, I have quit telling me to replace the timing belts.

As for the troubles of this time, since it was supposed to do either one of engine replacement, disassembly repair, new car transfer, so in order to give an estimate estimate, I am also curious about the previously damaged crankshaft So decided to disassemble.

When opening the head cover, the hydraulic lash adjuster is cracked, does it mean that the engine will be hurt if the tappet is exchanged? And, when looking carefully, the tappet of the first exhaust valve of the cylinder is sinking. It seems that the valve is still bent.

I removed the cylinder head and turned the crank to examine the backlash of the piston, but here there is no abnormality, the crank smoothly turns around and the connecting rod and the metal will be OK as well.

I removed the tappet and inspected the bending of the camshaft, but it seems that it can be used without any abnormality. However, when trying to remove the bent exhaust valve, the valve stem is broken halfway, the broken stem and the valve interfere with each other and do not come off. When I hit it with a hammer, I took off the stem.

Damaged parts were clearly cleared by the above decomposition, so when we gave an estimate of head exchange, it was about 300,000 yen. When I explain this to the user, it means “Switch to a new car”.

When repairing this acquaintance familiar with Nissan cars, “When repairing that pattern, there may be subtle cracks in the cylinder head of the valve stem guide insertion part, so please be careful enough.” It was.

The repair of this time has nothing to do with the user because it changed to a new car ….