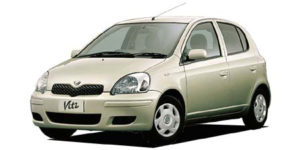 Goods receipt due to the symptom “Hair did not sound”. Since the mileage is so large, I thought “Horn himself became useless?”, Attaching the test lamp to the horn wiring, and try pressing the horn button, but it does not light up. But the fuse has not run out.

When examining the horn relay on the side of the fuse box with a tester, both the coil side and the contact side are OK, and when the contact side is short-circuited, the test lamp lights up.

Although the coil of the relay does not seem to be disconnected, even if you hit your finger on the relay and check it while asking you to press the horn button, you do not feel the operating sound. From this, it was judged that there was a problem between the earth side of the relay coil and the horn switch and the earth side.

If the horn rings with the handle removed, the contact part grounded, that is fine. It would be nice if you could check like it, but with an air bag, you can not check around the steering wheel unless you do “work” after removing “minus terminal of battery, wait 5 minutes and then remove air bag”. (By leaving for 5 minutes, electricity (electric charge) accumulated in the capacitor in the airbag circuit is released.)

If you force the air bag system to store the error code of the air bag system in the ECU, you need to take it to the dealer and have to reset the system, which will be troublesome after all, so remove the battery It is essential to check.

Check continuity of each point

If the horn switch part of the removed air bag is checked by itself, there is no abnormality.

Connect the lead wire to the ground side of the horn relay, bring it to the room, check the continuity with the wiring horn wiring (handle side) of the horn, this is also normal.

Next, the conduction between the ground and the steering shaft was measured, which was quite a large resistance.

Since the column bracket is tilt steering, it moves up and down. There seems to be a problem with the lock lever, loosen the lock, move it up and down and lock it again.

This solved the contact failure between the column bracket and the body, but restored the removed parts, installed the battery and pushed the horn button, but the horn does not ring? What?

I thought that there was no problem with the relay, but that seems to be different. However, I put my finger on the relay and had my horn button pushed, but the relay itself seems to be working. If so, it is thought that it is not a relay operation, but a contact failure inside the relay where no current flows even when it operates.

So, the thing attached to the side of the horn relay was the same general purpose relay, so when you replace it with it, the horn began to ring.

I will not use new relays

It is easy to replace it with a new relay and complete the repair, but since it is cheap, I decided to disassemble the broken relay and polish and repair the poor contact part.

Polish the contact with waterproof paper and polish it, revive the contacts of the relay with a method of wiping the polishing residue with paper (same as the way of contact point polishing) and attach it to the car, the horn worked normally, so it repairs with this It is complete.

The main cause of this horn failure is that the current flowing through the relay coil decreases due to continued use of the steering column bracket because of poor contact (body / ground failure) of the steering column bracket, causing the contact failure due to insufficient attraction force of the coil Secondary relay also broke down. It was a case considered to be.