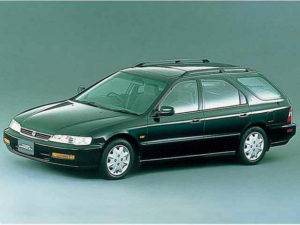 A user contacted me saying, “When I tried to remove the ignition key, the cover of the key came off, so I’d like you to order a new key.”

Even if you ask me to order it, the keys will be different. He said, “When I bought a new car, the dealer’s salesman told me that even if I lost or broke the key, I could say the key number stamped on the key and it would be included as a part.” That’s it.

If you contact the parts dealer and check the price, it will be about 10,000 yen. When I explained that to the user, he said, “I will repair it with cellophane tape and use it.”

However, about a month after that, I was informed that “I used to stick it with cellophane tape, but only the adhesive on the tape melted out and it was dirty, so I would like you to order it.”

Is the key integrated with the built-in battery and rechargeable?

When I ordered the parts, they arrived in about two weeks. It was packed in a plastic bag with the instruction manual. After contacting the user, I took the remote control key with me.

I arrived at the user’s house and was shown the broken key, but surprisingly the key was not a replaceable battery type, but an integrated built-in battery.

Why did it break? From the conversation with the user, probably while using it with other keys attached to the key chain, the cover that was crimped around the light emitting diode for signal transmission at the root cracked and came off due to aging. I suspect it will be. Besides, when I pulled out the key, the force was applied to the person who came off, so it was thought that it would be easier to come off.

When the user said, “If it’s a one-piece device, you can’t replace the battery if the built-in battery runs out.” Certainly, if you look closely at the key, there are two metal fittings on both ends of the key, and the wiring is taken in from there to the main body.

Probably, the groove side of the key is negative and the side side is positive, but there is only a small gap, and I wondered how the key cylinder side is worked. And when I looked closely at the base of the key, the serial number was stamped as I was told. I tried to operate the remote control, but it cannot be used because it is not charged. Furthermore, when I insert it into the door and the meaningful cylinder, it works normally.

Of course, it’s natural, but I was afraid that if it was misused, the serial number of the key would be forgotten, and if it could be ordered and easily obtained, it could lead to theft.

A few days later, the user contacted me saying, “I charged it for a while, but the remote control doesn’t work.” I thought that most of these things might have initial settings, and when I contacted the dealer, they said that they wouldn’t work without the initial settings.

I asked them to copy the manual that describes how to write the default transmitter settings, and set it up with the help of the user at the user’s home. The manual also states that “two people should do the work”, but if you try to set it within 5 to 15 seconds due to the operation procedure, you will definitely have three hands, so it is impossible for you to do it alone. ..

The more convenient it becomes, the more complicated it becomes, and if something goes wrong, it can’t be helped that it costs money and time to repair it, which seems to be the same in modern cars.

How to initialize the transmitter (work with two people)