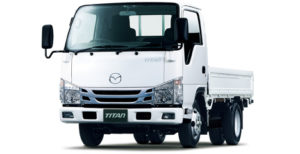 At the time of starting the engine, the glow indicator lamp was lit normally, but it was troubled that the engine was difficult to start when cold. Also, even when starting, it was that many white smoke appeared.

Based on the above results, it is suspected that the cause of the trouble that cold start engine is difficult to start is the preheating system. This vehicle has a glow indicator lamp, but there is no glow plug. Instead, there is a preheating system at startup, so I decided to check it.

Since this vehicle was an air heater system, the voltage of the ① terminal and ② terminal of the air heater, which is easy to measure in cold time, was measured (lower right circuit diagram)

Based on the above measurement results, we will focus on checking relays, whether or not the interior of the air heater system operates normally.


When the air heater system is operating normally

Fig. 1 is a graph showing the relationship between the air heater temperature and the ON / OFF and energization time of the relay, and Fig. 2 is a circuit diagram.

As inferred from the above documents, the indicator lamp is operating normally so that the relay 1 operates normally and heats the air heater, but if the cause of white smoke is caused by a start failure and the engine Even if it takes, it is because the compressed air is burning defect at low temperature, the air heater can not be fully heated. If the relay 1 is normal, it is considered that the air heater is not energized due to malfunction of the relay 2 because of relay arrangement of the circuit diagram. So we checked the air, heater and relay 2 individually.

Since the inspection result of the relay was normal, checking the air heater control unit showed that there was no output voltage of the L terminal, so it turned out that this was the cause of not energizing the relay 2, so replace the unit Then it began to work normally.

The trouble of this time, from the symptom that white smoke comes out immediately after starting, the heating of the air heater is not enough, and the reason is that as a result of checking in detail by energization of the relay, the control energizing the relay · It was a bad unit. Troubles that can be understood as acquiring sufficient data and pursuing the cause from accurate inspection following the procedure are promising to prompt and accurate repair work flow Met. 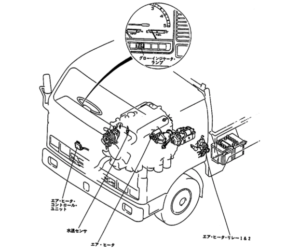 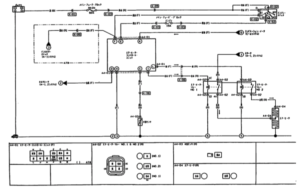