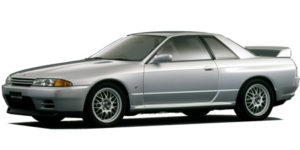 Since there was a request from the user for repair with a trouble of insufficient power, poor acceleration, start difficulty, check the current car by taking the vehicle. The muffler and the air cleaner were exchanged for exterior goods compatible with the vehicle inspection, and the boost meter of the external meter and the electronic boost-up device were installed.

At the time of pick up, because the engine was starting and warmed up, we could not confirm the phenomenon of start difficulty. Although there was no variation in idling, the idling negative pressure was -40 kpa at 750 rpm, which is lower than the standard by meter reading.

When accelerated, although there was no breath, the response was bad, reaching 60 km / h was finally enough, and at 5th speed the speed fell even on flat roads. The mystery was that the boost pressure would be full boost (125 kPa) to 3000 rpm. I tried using a boost-up device, but there was no change in drivability and boost pressure. When I arrived at the maintenance factory and opened the engine hood, the turbocharger was heated to a crimson.

I left the car a day and cooled the engine and started the engine after the basic inspection, I started with cranking of about 15 seconds but fast idle does not work. (Slow does not rise) Even if the air conditioner is turned on or the lamp is lit after warming up, it will not idle up, so it is expected that a problem related to the AAC valve and air regulator will be caused. Also, although the spark plug had been sipping, it seemed to have been replaced recently.

I did not idle up even if I put air conditioner etc. after warming up, so I suspected a malfunction of the air regulator.

Failure of intake system and correspondence

Diagnosis code was normal and each wiring system was OK. Next, when the AAC valve was removed, carbon was clogged, so it was disassembled and cleaned. In order to check the air regulator, the surge tank, the throttle body and the intake manifold were removed. The air regulator has no contamination, and the resistance of the heat coil is normal. Since the shutter opening degree changed due to temperature change, we determined that the bimetal is normal.

Although it did not notice at the time of disassembly, I discovered the trace that the gasket of the intake manifold was damaged and blew through (Photo). Cleaned each part and worn a new gasket. This solves the problem of starting difficulty.

Trace where gasket which was in intake manifold blew through.

Since the crank angle sensor has not successfully adjusted the angle before the top dead center, it was judged that the crank angle sensor was defective and it was exchanged. After checking and adjusting each part again, after repeating the test drive, it confirmed that it was cured completely, finished the repair, exchanged engine oil and filter and delivered the car.

The troubles of this time, as the symptoms of malfunctions are also diverse, it was also difficult to identify a plurality of malfunctioning parts, which was a case where routine inspection skill was tried.