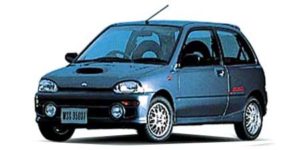 The select lever is hard

When you start the engine and try to move the select lever to R or D, the lever is hard and the lever moves lightly when the engine is stopped. I got it in stock with the symptom.

I thought that it was a troublesome CVT from the past case, I called the dealer and asked, “When I exchange the brush with the electromagnetic clutch assembly I will fix it.”

However, when it comes to the clutch assembly, we will consider a little because the parts cost alone will be around 40,000 yen. When confirming the current car it is certain that it is very hard to shift to R or D in the state where the engine is hung, if there is somehow it can be shifted, there is creep even though it is “electromagnetic clutch type CVT”, it goes wrongly I try to move, but it does not feel any sense of incongruity once I start running.

It seems that there is only a break in the electromagnetic clutch, not inside the CVT, so it will not slip once it gets connected, so there seems to be no problem with running.

Parts not supplied? What?

Even if I know the part number, there is an atmosphere that I can get from where, but when I explained to that effect to the user, I was told that I would endure as it is if the amount goes high.

It is a painful feeling as a mechanic that it is impossible to work because parts are not supplied although the cause is known.

What is the cause of the electromagnetic clutch problem

In Subaru ‘s frontman’ s story, this Subaru ‘s CVT does not cause a creep phenomenon like ordinary AT, so some users dislikes it, because of the electromagnetic clutch switch attached to the accelerator pedal If it is a pattern that shifts position and creates a creep phenomenon purposely, it seems that the problem of electric clutch like this time will occur.

In other words, it is not a Turkish converter of the AT (automatic transmission), but because of the electromagnetic clutch, the clutch has only been connected or disconnected. If it creates a creep phenomenon, it is said to be the same as a half clutch state.

Although it is similar, a young user previously had to raise the engine speed from the N range state in the AT, put it in the D range, and intentionally make the wheel spin, but if that happens then the AT will break It is the same thing that it is done.

I also thought that it is a moment because of the user who performed the erroneous handling of CVT, probably from the number of mileage this time as well.