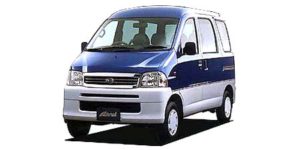 It is a vehicle that the charge lamp lights up and gets in. I tried to move the car and drove it, the handle was heavy. Power steering does not seem to work. I thought that the fan belt would have run out, but this vehicle is just a car inspection and maintenance just six months ago.

Because the crank pulley is hanging on the part where the tip is thinner at the upper side with the broken crank key, if the crank bolt loosens, it will break immediately.

Removing the timing belt and crank gear, looking at the tip of the crankshaft, it seems that it has worn out even with the appearance, and it feels like touching feeling. Here, when I got the second-hand crank pulley from my acquaintance and attached it, there was still a little play.


Repair without exchanging the crankshaft

A large cost of exchanging the crankshaft occurs, which is a considerable burden. As a result of discussion with the user, the step of the crankshaft was corrected with metal putty, and the crank bolt was tightened by applying a pair of locks. It is a strategy assuming that this part will never be broken down again. Therefore, consumable items such as water pumps were all replaced.

The matching mark is fitted ….

Then, I felt like getting caught in a certain place, and finally did not turn. (Is it a valve interference? Is it a mistake?

However, there is a matching mark between the crank and the camshaft. Remove the camshaft and check the valve is also normal. I confirmed the oil pump, but it is not damaged. The attachment bolt of the AT converter was also not loose and it was normal.

Crank does not rotate at compression top dead center

Since the crankshaft is doubtful, it is found that when the oil pan is removed and the 3rd piston is in compression top dead center, the crankshaft will not rotate. Furthermore, even if the child metal is removed, the crankshaft rotates with touching the connecting rod and getting caught. Is it a crankshaft deformation? , Is the piston not rising? , Where an acquaintance visited where I was suffering. He says he is repairing exactly the same symptoms.

In case of acquaintance saying that the symptoms have healed when the cylinder head is removed and reassembled. According to his work contents and their work contents, it was said that the carbon deposited inside the cylinder and the upper part of the piston was the cause.

Carbon is peeled off from the beat of any name and it is thought that it got stuck in one place because it is attached to the vehicle with the engine inclined. I would like to confirm by removing the cylinder head in the same way as my acquaintance, but I want to suppress the expense of parts any more.

In the morning, I blew the inside of the cylinder with air from No. 3 plug hole, but only a small amount of carbon came out than I thought. However, when the crankshaft is rotated in this state, the crankshaft hooked up to yesterday is rotating smoothly like a lie. However, when I was turning several times and this time I was in compression top dead center, I had symptoms. So, I blew the inside of cylinder 1 with air, and afterwards the same work was done for No. 2, the symptoms disappeared completely. I was convinced that carbon was still caused.

When checking the cylinder head of the same type, carbon seems to have accumulated in the part indicated by the arrow ○ (the gap between the cylinder heads at the top dead center of the piston compression).

The result of slight rattling of the crankshaft affecting the behavior of the piston. It seems to be caused by carbon becoming accumulated little by little in the combustion chamber.

I got my used crankshaft from my acquaintance and assembled it and set it as repair completed.

The right side is a crank bolt which seems to be a countermeasure part. The thickness of the washer part is clearly different.

As a result, it became a big work of exchanging the crankshaft, but at the time of replacing the timing belt in this case, the crank bolt and the crank key are replaced at the same time as it is a cheap part at a price I thought that was better.