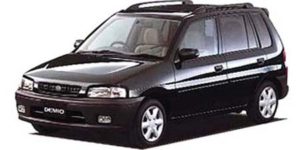 It is a repair request that the power window does not operate only in the driver’s seat. The door other than the driver ‘s seat seems to have no problem with the power supply because it operates normally with both the master switch on the driver’ s seat side and each door switch. Removed the door trim, attached the test lamp to the wiring connected to the motor on the driver’s seat side, and operated the switch was not conducted.

While thinking that it is a trouble of the master switch here, when connecting the battery directly to the power window motor just in case, since the motor operated normally, the motor is okay.

Based on these facts, I judged that “the master relay’s auto relay is broken” and ordered a new master switch.

Replaced master switch does not work?

A few days later, the parts got in and got out to the user’s house, “I got it because parts were received,” I went out with a switch and exchanged on the spot. But, does not it move? What?

Because we did not tell the user that we brought the parts, “When we say, we will keep your car,” he said, “I want to use it in the afternoon, but can it be done so far?” I answered “Yes! Until then” so as not to see the shaking of the heart, returned to the factory with haste, and began repairing.

If there is no problem with the master switch, I will examine it as wiring, but there is no disconnection. Is the separate power supply supplied only by the driver’s seat? There would not be such a thing …. No, by chance, by the way, I do not inspect the fuse. I inspected the fuse box and it was short. “Power window 15A” is. After replacing the fuse and checking the operation, it was possible to assemble the door trim surely in a hurry and managed to deliver it at the appointed time somehow.

It seems likely that it will be said that “It is natural to check fuses at the time of repairing electrical components,” but in the power window system, there were no problems in three places other than on the driver’s seat side, so “power supply is OK” I decided it was. In the block diagram of the system we ordered, the power supply, the driver’s seat and the passenger’s seat are shown in common, and the passenger side has moved, so it was completely unexpected.

Basics of grasping the overall picture of the system

When searching with FAINES, it may have been noticed if you looked at the wiring diagram as well as the power window system part together. However, with FAINES alone, it is difficult to grasp the whole picture, and because the viewpoint is slightly different for each manufacturer, a mechanic at a specialized factory, which is forced to understand, is unable to understand exactly where what is written. If we judge that information is not posted here, we will spend time searching and judge only on the part of the power window system.

I think that it is not supposed that “only the driver’s seat will supply power from another circuit” only from the block diagram above ….