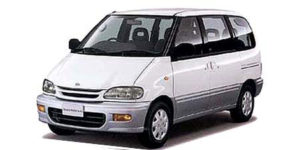 The lamp of the meter arrives while driving

On the next day, a call from the user again took place, “Since the engine oil has reached the reference value and the lamp is still on, I want you to see it”, probably whether it is an oil pressure switch My colleague went to pick up while supposing.

Since this vehicle has horn and interior decoration of cars attached to various electric parts sold at car goods store, saying that the oil lamp and the brake lamp light up at the same time is that these wires are mischievous I wonder? . The engine itself is quite good and there is no problem. Suddenly, I noticed that horn did not ring, I do not know whether it is related or not, but I inspected by tracing the horn wiring, but there was no particular problem.

Horn relays and horn switches, etc. I inspected but there was no problem but casually rushing normally when I pressed the horn button.

Since the horn returned to normal (why the cause is unknown) the lamps in the meter are also returning to normal, the engine started with a slight expectation. However, the oil lamp and brake light remain on.

I got stuck in repair, so I inform the dealer about the circumstances so far and asked if I could get the wiring diagram. After a while the dealer contacted me and asked “Were you repairing a belt etc.?” If you ask in detail, there is an electric fan that adjusts the temperature inside the engine room in addition to the electric fan of the radiator, and such a phenomenon occurs if the connector is disconnected.

When lifting up the vehicle and removing the undercover, the electric fan appeared. The connector is not disconnected. As I checked where I was controlling, there was a sensor like it next to the third brake lever. (See photo)

There is a sensor that senses the ambient temperature inside the engine room beside the side brake.

When we looked at the data, this sensor also sensed the ambient temperature inside the engine room and operated the electric fan. When starting the engine and removing the connector of the sensor, the lamp of the example does not disappear, so when trying to short circuit, the fan rotated and the lamp inside the meter disappeared.

Is the repair complete without identifying the cause?

Is it a relay malfunction? . I returned to the regular state and hung the engine and I was watching the situation for a while, but I could not recognize the symptoms after that.

At a later date I called phone calls, but for the moment the symptoms did not come out. Because I could not identify the cause, it was a matter I did not understand something.