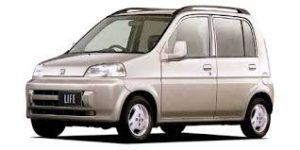 I do not rush above a certain revolution by sky blowing

After inspecting the car after repairing the sheet metal, it means that it will not rush more than 4000 revolutions with emptiness at engine stop.

After reviewing it for now

Based on the above inspection results, since the stall rotation speed is within the specified range, inspection of 3 is judged that there is no abnormality in the engine output and the automatic transmission.

Stall test
If you do not raise the engine speed more than the specified number of revolutions at the time of the test in each shift range (P, R, N, D, L, etc.) by the automatic transmission / CVT test method, automatic Transmission is operating normally. In the case of this car, it is ok if it does not rise more than 3000 to 4000 revolutions which are required for each range.

What is worrisome here is the difference between the maximum speed of the engine racing in the 5-speed manual car and the 3-speed automatic car.

In the case of this vehicle, since it is troublesome that it does not rise above 4000 rpm at the time of stoppage, it is better for you to be careful as it often comes to inspection.

The ECU has a self-diagnosis function, and when an abnormality of the input / output system is detected, the PGM-FI warning light in the combination meter is turned on. In this state, if the SCS terminal of the 16-pin data link coupler under the passenger’s seat side dashboard is short-circuited, it is possible to inform the abnormal part by the number of blinks and estimate the failure part. When multiple abnormalities occur at the same time, blinks indicating failure diagnosis of them are sequentially repeated (when the number of blinks is 10 or more, long flashing is counted as 10 times.)

For the self-diagnosis function of O2 sensor, throttle position switch, 2 continuous failure detection method is adopted for preventing false detection. When an abnormality occurs, keep the memory in the ECU, turn on the PGI-FI warning light at the time when the same abnormality occurs again after the ignition switch OFF → ON, inform the driver of the abnormality.

How to proceed with fault diagnosis chart

Note) Remember the contents beforehand because the memory of the watch and the radio will also disappear when ECU reset is performed.

Treatment after completion of failure diagnosis