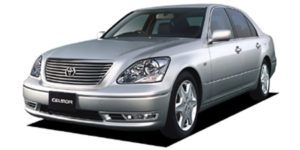 “Usually, I put one main key in my pants pocket, but when I put two main keys in the second bag only on that day, the whole bag was stolen without my knowledge. I want you to do something about it ………. ”

It seems that the company has a subkey, so I decided to have it come to the factory for the time being. The end of December is also the latter half of the year.

Check with the manufacturer / dealer

According to the dealer, in the case of this vehicle, if there are two main keys and one sub key for a new car and there are no two main keys, it is naturally better to replace the key cylinder set, but security and immobilizer I was told that I had to replace the computer that controls each of the immobilizers, and I ordered it for the time being, but it seems impossible to have all of them at the right time.

Considering the situation of the user, I often park in the same parking lot during the day, and because the main key is stolen, it is easy to unlock the door by remote control operation, and the hazard flashes as well. Since it will inform you with, there is a possibility that the entire car will be stolen without giving distrust to others.

However, work cannot be done unless all the parts are available. I had no choice but to give up the work within the year. However, since there is only one key left, I checked if a spare key could be used just in case, but the key for the inner groove can be used, but because of the immobilizer system, the engine can be started just by opening and closing the door. It was not. It takes about two weeks even if the manufacturer cuts the groove. It’s meaningless.

The user seems to need this car at the end of the year and the beginning of the year, so I reminded him to be careful not to lose the only one key that he has now, and asked him to go home for the time being.

Check with the dealer again

At the beginning of the year, all the parts were ready, so I had my car put in. It was easy to replace the key cylinders in a total of 6 places such as the right door and trunk. In addition, the security computer is located in the back of the multi-vision, which was also relatively easy to replace.

The remaining immobilizer computer, but the fax of the relay location diagram from the dealer says that it is near the steering post, but I can not find it at all.

When I contacted the dealer again and asked them to confirm it again, the fax ones were equipped with smart keys, and the ones without smart keys like this car were in the back of the same multi-vision as security. There seems to be. 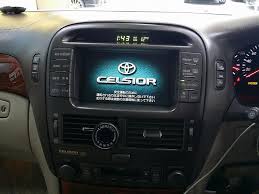 However, it seems that the dealer I contacted has not done the replacement work like this time, so I do not know the exact location. If you show me the work index table, there are tasks such as attaching and detaching the dash panel. Apparently, it seems impossible to exchange without doing so much.

Detachment of the dash panel is a task that you do not want to do if you can, even if it is a serious accident. (It’s a hassle …)

However, when I illuminate the back of the multi-vision with the light of the light again, it looks faint at the back of the three couplers and the base of the windshield. I removed the coupler holder and managed to loosen the mounting screws while shifting it to the side.

I replaced it with a new immobilizer computer and managed to tighten the mounting screws. However, I did not use the attached bracket. If you want to replace this bracket with a new one, it seems impossible unless you remove the dash panel.

The workability was pretty bad, but I’m glad I didn’t have to remove the dash panel. After that, the registration work was done according to the instructions of the fax, and the work was completed.

Good equipment and complicated equipment arrangement because it was a former luxury car. Difficult anti-theft measures. Difficult repair. User satisfaction in a high-spec car may be inversely proportional to the difficulty of repairing it when it breaks down.