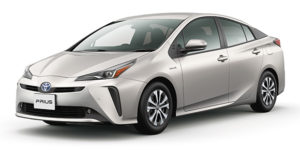 Therefore, it is not such a simple thing to say that it is enough to combine an engine and a motor as a power source, and there are three main factors that improve the fuel economy of hybrid cars.

The idling stop is not unique to hybrid cars, but is a technology that can be used with conventional gasoline and diesel engines.

The idling stop is quite effective under driving conditions where the average speed is slow, such as driving in urban areas. In other words, the slow average speed also means that the vehicle remains stationary for a long time. Except for local buses, it is rarely seen in Japan, but there are cases where even domestic cars are used in cars exported to Western countries.

Even in the same hybrid car, this idling stop can be used thoroughly in a system that can be started by a motor like the Prius. This is because the engine is stopped for a long time even when the vehicle is repeatedly started and stopped due to traffic congestion, etc. (The battery needs to be fully charged.)

Also, in the system in which the engine and the motor are directly connected and the engine must always be running when starting (Honda Insight, etc.), the engine must be started each time starting. In this method, there is a problem that the engine will not stop under the condition such as traffic jam where the start and stop of the hampan is repeated. Therefore, we have solved this problem by installing a clutch between the engine and the motor, and by providing a driving mode that allows the vehicle to run only with the motor.

That is, it is used as electric power when assisting (assisting) the engine with the motor when a large driving force such as starting or acceleration is required.

Brake regeneration is said to be able to recover about one-fifth of the energy used when accelerating to the speed at the time of control with an ordinary brake that is not a sudden brake.

The Prius can recover all kinetic energy when the engine is stopped, but in the case of Insight, the engine and motor are directly connected, so the engine brake cannot be eliminated.

Therefore, when braking, all valves are stopped from opening and closing to eliminate pumping loss so that there is only pure friction (friction loss and drag resistance) of the engine body. Since the friction of the engine itself also affects fuel consumption, it has been thoroughly reduced.

Without deactivating the valve, the energy recovered during deceleration is about one-third of the kinetic energy. By stopping this valve, drag resistance of the engine (including pumping loss) can be reduced by about 70%, and regenerative energy can be increased to about two-thirds of kinetic energy. (For Honda Insight)

This problem can also be solved by providing a clutch between the engine and the motor and stopping the engine during deceleration.

Therefore, the current to the motor is cut off during braking, and the back electromotive force generated instead is taken out. This is the principle of brake regeneration that makes the motor work as a generator.

For a gasoline engine or a diesel engine, the larger the accelerator opening (the accelerator pedal depression amount, throttle valve opening), the higher the thermal efficiency. That is, the fuel consumption rate becomes small.

Therefore, at the time of low load operation, the ratio of the friction loss due to the consumed fuel increases, and the ratio of the output (output, shaft output) that can be taken out decreases accordingly, so that the thermal efficiency, that is, the fuel consumption rate deteriorates.

In a gasoline engine, the lower the load, the more the pumping loss increases, which is further aggravated.

Also, the friction of the engine body (excluding pumping loss) is roughly proportional to the 1.5th power of the engine speed, so it increases as the speed increases. Therefore, gasoline engine and diesel engine can bring high efficiency by operating at high load and low rotation as much as possible.

If the engine output can be divided into a generator and wheels (driving force) like the Prius, it is possible to operate under operating conditions close to this optimum condition.

With a series hybrid in which the engine and wheels are not connected, but only the generator, it is possible to operate just under these optimum conditions. This is one of the features of the series hybrid.

On the contrary, when the engine and motor are directly connected like Insight, there is almost no room for selecting the operating condition.

There are several types of hybrid cars depending on how the engine and the motor/generator are combined, that is, how the driving force is transmitted to the wheels. The main ones are the following three methods.

Energy that drives the wheels is a system that flows in series through the elements that make up the system: engine, generator, and motor.

It runs the engine most efficiently to charge the battery and shuts off when it is fully charged.

The engine can be operated in the most efficient area, but since the motor drives the wheels, the motor needs a high output in order to have excellent power performance, and accordingly the battery has a certain large size. Will be needed.

Further, since the output of the engine is converted into electric power all at once, the fuel efficiency during constant-speed traveling during long-distance traveling deteriorates.

The Mitsubishi Aero non-step HEV in the above figure is an example of using this method, but there are almost no examples in passenger cars. However, it seems that it is being reviewed as a method suitable for a plug-in hybrid car that runs in an EV mode that runs only a motor at a short distance and switches to the engine when the battery level is low.

Examples include GM’s Chevrolet Volt, Premacy Hydrogen RE Hybrid using Mazda’s hydrogen rotary engine, and Suzuki’s Swift plug-in hybrid. The Mitsubishi concept FX/MiEV is also a plug-in hybrid, but when traveling at high speeds, it will be a parallel hybrid that also uses the power of the efficient engine at high speed. Also, for low friction road surfaces, it will be a 4WD system that also uses a rear motor.

The parallel hybrid has a simple structure and a low cost, but on the other hand, the effect of the hybrid cannot be fully utilized, so that the improvement in fuel efficiency is somewhat inferior.

In addition to the Mercedes-Benz S400 Blue Hybrid that was put on the market, many European and American manufacturers have been testing it. Among them, in many cases, a clutch is provided between the engine and the motor so that the connection between the two can be disconnected in order to improve the weakness of the parallel hybrid. The Fugue Hybrid sold by Nissan is one of them.

Although it is a parallel system, the feature is that a clutch can be installed between the engine and the motor to drive the motor. 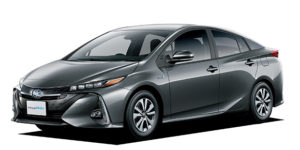 Toyota’s Prius divides the output of the engine into the one that drives the wheels and the one that rotates the generator, and the motor can be rotated by the power generated by the generator. Therefore, the wheels are driven by a combination of the divided engine output and the motor output. In other words, it is a system in which the series hybrid part is added to the parallel hybrid, and is called the series/parallel hybrid.

In this way, since the wheels are driven by the combined force of the engine output and the motor output, high power performance can be provided even with a relatively small engine.

Although the structure becomes complicated, it can be said that it is a method close to one ideal type as a hybrid. However, complicated control technology is required, and Toyota is the only one that has put this technology into practical use.

Nevertheless, the driver’s desired braking force is required to be the same as the pedal stroke and pedaling force of a normal car, which does not cause any discomfort regardless of the size of the regenerative brake.

In the case of an ordinary car, the brake pressure (pressure acting on the piston) and the stroke of the brake pedal have a relation. Therefore, it is necessary to realize this even in a hybrid car.

The operating principle is that when the stroke piston is pushed by the push rod, the rubber stroke damper is crushed, and the required pedal force and stroke relationship can be obtained.

The target brake pressure is a value obtained by subtracting the pressure corresponding to the regenerative brake from the master cylinder pressure before pressure reduction.

Therefore, it is necessary to control the linear solenoid valve so that the master cylinder pressure reaches this target value.

In the outline of the brake system shown below, the high pressure generated by the power supply is regulated by the linear solenoid valve and acts on each brake caliper.