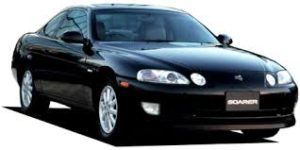 Long New Year holidays, a message from the user “I want the car heater to raise smoke, so I want you to see it” I was informed.

When checking the state of the car, the subtank was empty, but there was cooling water in the radiator, and it seems that the worst overheating has not occurred. On the way home with supplementing water on the spot, steam came out rather than smoke.

I get wet when I touch the passenger’s carpet at the factory and it lifts up and seeps to the under floor when looking from the bottom. The cause was determined to be the leakage of the cooling water from the heater core, but I thought about the work a bit afterwards.

Although it is simply a replacement of the heater core, in general all the cars are together, but since it is attached to the back of the dashboard, remove the steering wheel as well as the meters and the center console and pull out to the instrument panel It can not be exchanged.

Because it is a time-consuming task, we are finished with outsourcing to the dealer at a busy time, but as we were having a break for the holidays, we never worked. Besides, if you concentrate and do not do it all at once, you may forget to make mistakes on the way.


How can I reach the heater core?

Looking at the work schedule, it can not be done within a very specified time. Therefore, these labor-intensive work is made to come up with a feeling like assembling a plastic model.

Of course it is not play, but to concentrate on finely finishing it slowly and slowly.

Ask the dealer to tell me how to remove the instrument panel and precautions. A close frontman copied part of the maintenance manual.

Of course, not only the hidden screws but also the position of the pin of the plug-in were written in detail, which really helped. This car has few screws and bolts, mostly plugged in with a pin. Therefore, it is easy to assemble it, but it is hard to remove it, and in the case of a car with only a few years it is highly likely that the pin will be broken even if it gets wrong.

Looking closely at the copies of over 10 pages from the dealer, what a heater, a blower motor, and an air conditioning unit are attached together. 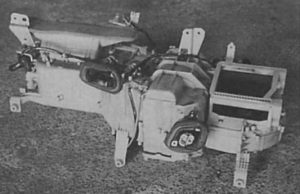 That means that if the air conditioner unit’s gas leakage or blower motor fails, it will not be possible to replace it unless all parts are removed again.

Besides, you can not remove the air conditioner pipe unless you remove the ABS actuator. If you try to forcibly force it will be damaged.

Even if you remove the heater hose, the spring type band is attached very stiff but it is extremely narrow and it managed to remove it with the processed pliers, but since it does not enter, it is unreliable to remove the hose as it is I cut it with a cutter and decided to make the hose new. 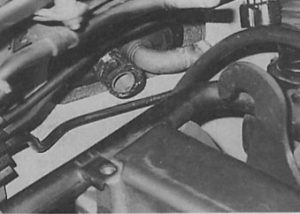 Even with interior decoration, parts were placed in the order of gripping, and screws and nuts were subdivided into small boxes for each part. If you do this, you will have less time to worry about later and make mistakes harder. In the manual, it was saved because the material of the method of removing the speed meter and the wire related to the air conditioning was described. When hard wires are muzzled, the movement becomes hard afterwards, and when used as it is, a burden is applied to the lever and pins, and it may come off or in the worst case it is broken.

In order to reduce mistakes in such work, I think that it is important not to necessarily work according to the manual but to think about a reliable method that was on occasion flexibly.

All was removed and the assembly work was completed again. 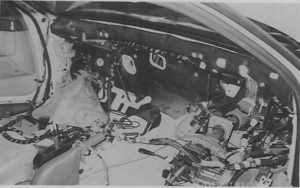 It is not a level such as a trouble shoot, but it is just a matter of loosening the screw, removing the pin and assembling it again. If you do carefully you can work also for newcomers, but careful thought ability and spiritual power are still necessary to prevent mistakes.

Look back on the difficulties of work

Looking back at the work, the trouble is that the floor mat is made of soft plastic, so it does not turn straight. For that reason it was difficult to pull out the heater duct going to the rear, and putting it in the reverse was even harder.

I did not understand how to remove the assist grip, and it was written only by manually pinching the fitting part, and part of the plastic pin broke when it was prying. If you look closely at the broken pin, it is fixed with a plus screw. On the other hand, when carefully looking at it, it was correct to pull the upper nail one time and pull it down as it is. Be careful not to slip straight out, so be careful as it could hurt the side cowl.

Once I do it, next time I can make it easier and faster, I do not think prejudice that I do not think so, but even then I thought that the manufacturer wanted to design a little more carefully.