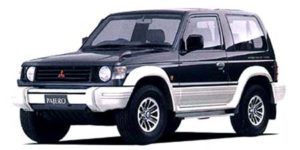 Is the injection nozzle dead?

There is a sound from the engine that the nozzle is dead. Also, from the air cleaner it sounds like “Pangpan” blowing back.

It is said that “one nozzle is dead” at a visiting factory, and it is exchanged, but it does not cure one way. It was a goods receipt.

I cut the injection nozzles one by one (loosen the high pressure pipe of the nozzle and make a state of cutting fuel), but the abnormal noise does not stop at all.

The most conceivable cause is that the valve clearance of the engine is too large, because the noise of the air cleaner blows back.

Camshaft …!
Remove the intercooler and air duct and remove the tappet cover, the part of the cam shaft hitting No. 3 cylinder is abnormally worn. From this, it was determined that the cause of the abnormal noise was not the injection nozzle but the valve clearance due to abnormal wear of the camshaft was excessive.

Explanation to customers from identification of cause

After explaining the circumstances to the customer, after having convinced, we decided to replace the camshaft and the roller rocker arm (only one for the convenience of the customer’s budget), the timing belts and the water pump from the mileage number.

Also, since the number of traveled distances is close to 200,000 kilometers, the injection pump O-rings become hard and there is a risk of fuel leakage, so we recommend to overhaul the injection pump, but this is not done.

If you remove the accessory pulley and the timing cover and position the timing belt, is not the mountain of the camshaft deviated by a single point?

Even though the mileage is over 170,000 kilometers, oil management is also not particularly bad, and why the rollers have only this one is unknown why. Even if the timing belt is misaligned, there is no guarantee that only one roller will fail.

When disassembling the rocker arm there, the bearings in the rollers were decreasing a lot, and several were broken apart. This is the cause.

Replacing the new rocker arm, camshaft, oil seal of each part, water pump, the timing belt was installed in the proper position.

Completion of repair and afterwards

When the timing cover, the pulley, the belts, etc. were attached and the intercooler was attached, the user was able to see the fold well, and after injecting the LLC to the radiator, it was decided to start the engine together.

After the starter motor went around with Kyurukuru, the engine started and began to produce the engine sound peculiar to the diesel car. The user was pleased that “This is it, this is much more quiet than before.”

After having taken over the car, it is said that it is doing fine and you have been visited twice, and additionally, it seems that the head gasket of an acquaintance’s car is blowing, so I’d like to repair new users. It was a very nice incident as a mechanic