Honda · Vamos purchased three years ago from a used car dealer of a certain manufacturer, from the used car dealer of a certain manufacturer, at the amount of savings at the time when about six months passed after quitting tobacco. Heisei era 2005 year, mileage 80,000km. Moreover, the accident car painted the left front with sheet metal. Many times from a salesperson when buying it is worried that “Is this really OK with this car?” So why are you selling it? Although thinking, etc., If it breaks down, we purchase it as it is easy to think it is okay to fix it myself. Since it was “a car shaken maintenance delivery” that carries out a new registration through purchase inspection at the time of purchase, we inspect at that point and have all the bad places repaired, furthermore the mileage surely ranges from the situation you use to the next car inspection I judged that it exceeded 100,000 kilometers and had the timing belt set and the water pump replaced. 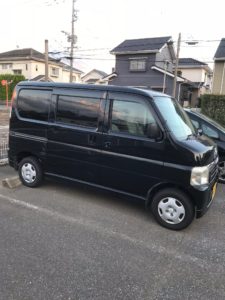 Although it was an accident car in the 13 year fall, the mileage was also substantial so I was prepared to some extent, but the engine check lamp lights up and the O2 sensor is replaced the next day when I first delivered the car. The air conditioner ceased to function after the repair warranty period passed, and the cause was caused by a heat exchanger located behind the interior of the interior of the interior of the car as an evaporator, clogged with a drain hose draining water generated by dew condensation of the air conditioner and soaked in the water Was that. The extreme is that the cylinder head gasket of the engine has gone out and overheated due to poor circulation of engine cooling water. At first, there was a sound of water running from under the driver’s seat, but I ran out of the highway without leaving as far as I went far. The red lamp flashed on the way home that caused the overheat inside the instrument panel, and while I was smiling he remembered that I managed to drive home and managed to get home. It is needless to say that it is a car that requires considerable hands if you have done vehicle inspection and inspection once, and think that you have replaced many consumables such as tires and brake parts so far.

Repair all by yourself

All the troubles related to the past troubles could be done on their own by DIY. I brought in the documents by myself last year and passed the inspection line. It seems that it is a former mechanic because it is made and it is said that it is natural, but it was hard to arrange the tools and equipment for that as cheap as possible. Although a set of hand tools such as wrenches and drivers had been prepared, we had difficulties in aligning expensive items such as jacks, rigid racks and small compressors with secondhand cheap prices at second hand. Since the place to be serviced is within the premises of the parking lot, we did not forget to give care to the surroundings by carefully reminding them to greet them beforehand so as not to disturb the surrounding people. Since it is a dangerous work at any rate, I care enough when I do it by myself, and I also worked out outside, so I took care of my physical condition.
However, even taking this into consideration, we must bear the responsibility of failure, such as a mistake or an accident. In a sense it is a fight with myself whether or not my mechanic experience lives.
Vamos vehicle inspection


Noise from the front

From about 2 months ago, when I was driving, it started to get strange and strange from the front right side, it finally became a great buzzing sound with Uwanwan and finally it became a loud noise to the sound of the car radio It was. At first I thought that it would sound like a suspension around the suspension, but I was convinced that the sound was a hub bearing after the beating with the sound. However, repair and replacement work of this hub bearing is very troublesome and what is troublesome is that huge equipment called a press machine for press-fitting the bearing into the hub itself is required for detachment of the bearing. I can not afford to buy myself just about this. (I do not think there is anyone who normally buys it.) Up to now I’ve been handling the troubles and car inspections by themselves, but I can not do anything about this, and when consulting with the manufacturer’s dealer, it will be repaired at a cheapest price Since it was decided that it was accepted as it was, it was possible to have it finished on the next day. Moreover, it became a feeling of our customers in the service which is fully excluded, such as adjustment of the handle position which had been a little worried for a while and exchange engine oil for free, and my running revived completely to my bamos I was satisfied enough. To the dealer is full of thanks and gratitude.

Satisfy that you can and satisfied to have the service

Ask dealers to repair, I think that you should not say too much that you were a car mechanic long ago. Yet the face of the doya is alright. However, depending on the maintenance factory, there is a malicious factory that we will ask you to call it badly even if it is not so bad maintenance, whether it is known or not. On your own experience, if there is a maintenance factory with a dealer of a manufacturer or a reliable mechanic, even if it is that you are a mechanic, even if you are a mechanic on a business negotiation, that is daringly silent and somewhat here In many cases responding to requests of the best service will be very helpful and satisfied. Even if you do it yourself, if you do the repair to the end without borrowing the hands of others as much as possible, you will be satisfied with it. Whether the owner of the car undertaking is a customer or himself may vary from mechanic to maintenance work, but when dealing with a car any time, any case, any human car that handles that car I think that it is fun to think about ways of work that customers and myself can satisfy with each other, maintaining the feelings and safety of anything more than anything.