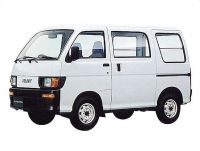 In consultation with a friend, the clutch pedal is heavy and every time you change gears, your feet hurt. When I run the test, the pedal is really heavy. As a cause, it was decided that the clutch wire was rusty or the release bearing was out of oil, and the clutch was disassembled.

When disassembled, the bearing boss (shaft from the transmission) had run out of oil. When I looked at the clutch disc and cover, both sides of the disc were mottled. (Upper photo) For this reason, I decided to replace only the clutch disk and assembled it this time.

Sometime after delivery, we complained that a sound rang from the floor under the belly. In the test run, there is certainly an unpleasant sound. Normally, when replacing the clutch, it is common to replace the clutch disc with a three-piece set of clutch cover and release bearing (clutch bearing), and it is also a recommendation from parts suppliers and parts manufacturers. However, this time it was the basis for determining the cause of the problem, “Is it necessary to replace parts that do not deteriorate after inspection?” However, when only the clutch was replaced or when it was newly replaced with a 3-point set After reconsidering the compatibility and balance of the parts, and asking the manufacturer dealer, we recommended that you replace with a 3-point set. went. Then, the vibration disappeared like a lie and the clutch came to operate normally.


It was the first time that such minor errors in judgment caused repairs in many clutch repairs. In addition, such abnormal phenomena of the clutch and points to be noted when repairing were described in the textbook of the car mechanic qualification, so it is good to go back to the basics once again and review it.