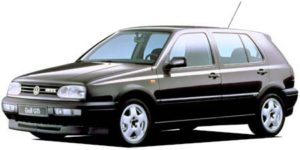 The user told me that he wanted me to repair the clutch because the clutch came out from the user. I immediately went to pick up, it certainly had no clutch pedal misappropriation and the pedal did not come back.

There was a similar symptom before this vehicle before. The clutch lever shown in the figure below was broken as shown in Photo 1. Therefore, even if the clutch pedal was stepped on, the force did not transfer and the clutch could not be disengaged.

Pursuing a different cause from last time

In fact, the clutch lever which was the last malfunction was an improved part like Photo 2 below, so the possibility of the same problem is considered to be low It was.

So looking for another cause, the plate that gets in between the clutch wire and the control lever was broken (Photo 3). As a result, it was a malfunction that occurred because the lever could not be pulled.

I tried exchanging the parts of the problem part quickly, but it is somewhat strange that the answer to the clutch ‘s stepping is somewhat? . Engaging the engine and putting the gears Even if you stepless the clutch by pressing on the clutch, it will enter the half clutch state and will not be stalled.

As a result of that, when I worked last time I did not notice because I exchanged the clutch wire with the lever, but the clutch of this vehicle is different from the domestically produced car structure (Photo 4) in which the automatic adjustment mechanism is built in the wire, It was becoming.

Since I could not understand the internal structure even after disassembling in order to return the adjustment mechanism once extended, when asking the VW dealer, the work is quite difficult, so we recommend exchange and explain to the user and exchange I decided to.

I exchanged plates and wires, adjusted the clutch and finished working safely.